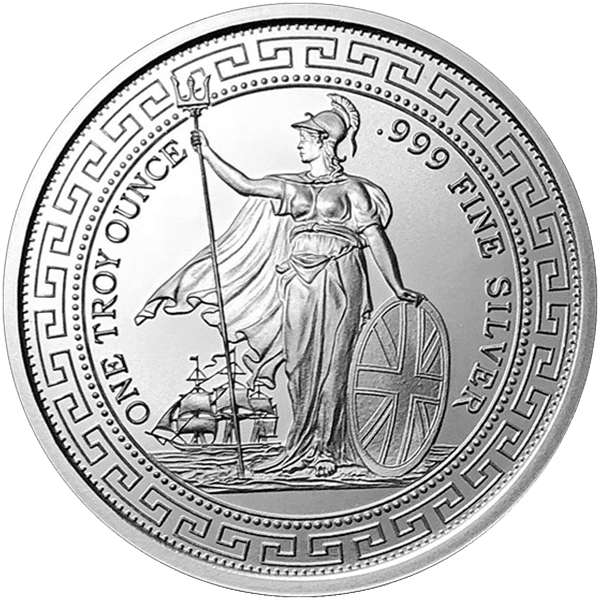 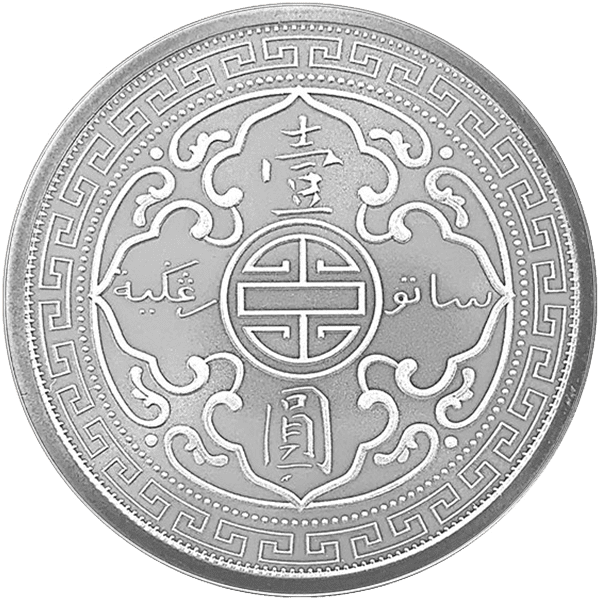 This silver round is inspired by the British Trade Dollar. This 99.9% fine silver piece comes from a private mint.

The original British Trade Dollars were minted exclusively for use in the Far East. Both sides of this round display designs that closely follow the original motifs by engraver George William de Saulles. The obverse features the proud figure of Britannia holding her trident and shield that shows the British Union Jack. In the background is a merchant ship with its sails billowing that represents the might of the East Indian Trading Company.

The original was issued to facilitate British trade in the Orient. With the extension of British trading interests in the East, especially after the founding of Singapore in 1819 and Hong Kong in 1842, it became necessary to produce a special Dollar so as to remove the reliance of a British Colony upon the various foreign coins then in circulation.

“China trade silver dollars” were a direct result of the First (1839–1842) and Second Opium War (1856–1860), which broke out when Chinese authorities tried to stop Britain from smuggling opium into the country. The loser, China, had to open up a number of ports to British trade and residence, and cede Hong Kong to Britain. In the decades that followed, merchants and adventurers flocked to these areas, and international trade flourished. Foreign banks were established and large silver coins from all over the world began arriving to pay for tea, silk and Chinese porcelain to be shipped abroad. These .900 fine silver trade dollars were then circulated throughout China, where they were readily accepted as a medium of exchange.