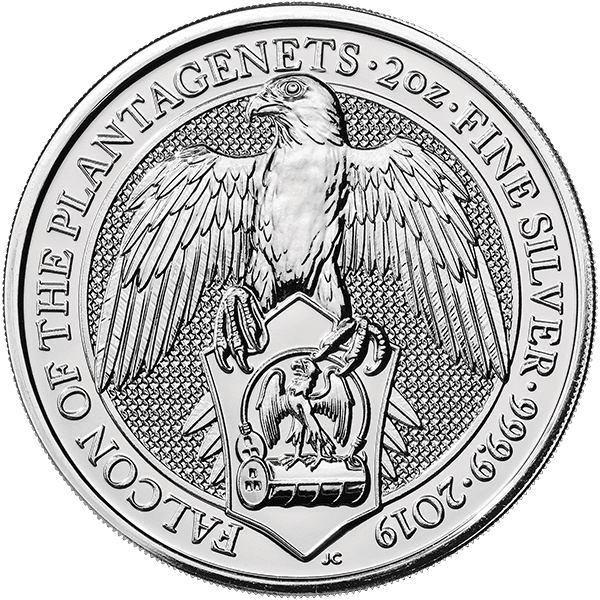 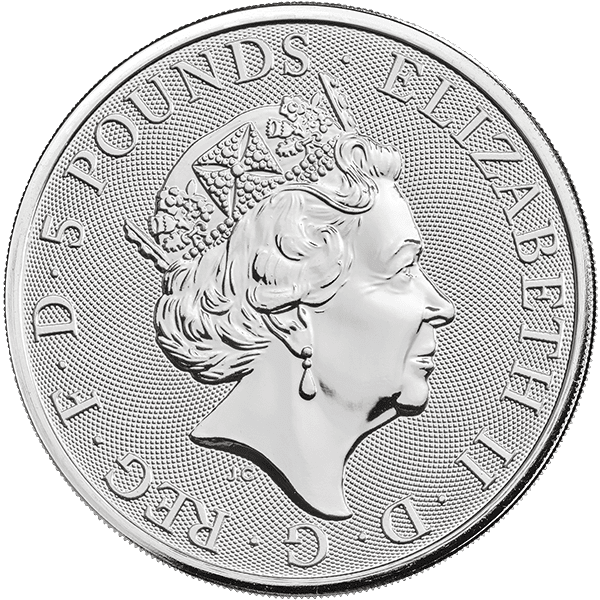 The Queen’s Beast Silver Falcon of the Plantagenets is the sixth release in the Royal Mint’s Queen’s Beasts series. It is also available in gold.

When Queen Elizabeth II was crowned in 1953, the entrance to Westminster Abbey was lined with ten statues who “guarded” the way. These fantastical creatures – The Queen’s Beasts – were a line up of heraldic, and in some cases mythic animals, who symbolized the centuries of heritage that the young queen had inherited.

The Queen’s Beasts Collection of coins from The Royal Mint are inspired by these ancestral beasts of that have watched over the Queen throughout her reign, from coronation to Sapphire Jubilee.

The Falcon symbol descended from the reign of Plantagenet King Edward III who chose the symbol to embody his love of hawking. The white Falcon statue at The Queen’s coronation in the 20th century held a shield with a badge depicting a second white falcon within an open golden ‘fetterlock’ or padlock. The fetterlock and the falcon were popular emblems in the Houses of both York and Lancaster, as they had descended from Edward III’s younger sons John of Gaunt and Edmund of Langley. The open fetterlock can only be used by a noble with a claim to the throne.

The Falcon is said to be the favorite badge of Queen Elizabeth I.